Yes no maybe so
Will you stay or will you go
You’ve made it clear
That I should fear
The second that you don’t respond
A guarantee that you’ll be gone
Yes no maybe so
On for tonight? I’ll let you know
Patient for my patient
A doctor stationed
On call and waiting for your decision
So I can make a quick incision
Into my self-worth to keep me home
Waiting for you on cradled phone
Cut from me some pride
Once you manage to decide
Yes no maybe so
“Wish I was there,” no you don’t.
Will you stay? Just fucking go.

Is it possible to live like this?
I guess. It’s tolerable at best
Little enchanting and some distress
Averaging out to an existence under slight duress I confess I thought I had enough finesse to live a life a little more impressive.
A life made of mediocrity coalesced is something sort of blessed but also a curse. You accept all the middle ground in the universe and then you’re laid down cold in a hearse with a tombstone that says “Never best, never worst.”
Neutrality is a poison, I think..is it really what you would drink if you could have chosen?

If I compare thee to, everything you, have heard before

If I say your love, reminds me of, some kind of metaphor

Something I want more, something I adore, isn’t that a bore

If I compare it with, an ancient myth, and an old-time war

It’s not what you look for, not something to explore

You want the chaos of shores, walls steep to climb

Not old books from old times, with old looks and old rhymes

Old holds on old hearts will just keep us apart

Kill the art. Play it smart, don’t text back, let it start. 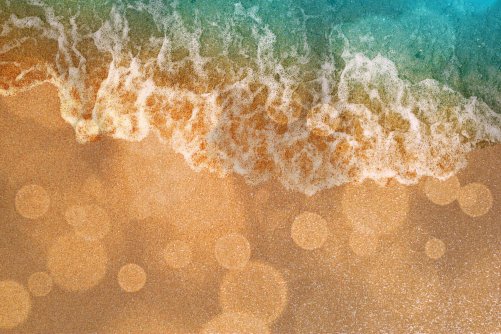 When was the last time x marked the spot

and you got what you sought, at your leisure?

when was the last time you were looked at

without being measured, just for pleasure?

looked at not as a tool, a means to an end

but as gold and jewels, as treasure.

as more than a friend, better

with someone that carries you, unwary you

like buried treasure, has someone ever treated you better?

whether you’re showing off gems or buried

in the oldest sweater.

no matter how much land and sand and weather

keeps you under, keeps us not together

remember for me you are buried treasure.

sky high on my trellis

and all I can tell is

all I can tell her,

well, is try to sell her

of grounded and stellar

and anything can grow into a bouquet

if you give it a while

but instead I go and just say

she has a beautiful smile

A feeling is a feeling even if it’s

Feeling the feeling of liking to feel feelings

4 years until the sunrise

You don’t know what colors will have arisen

“No more hide and seek” it cries in me

We will fill pools we’re out of your cage, we will spill cool over fires of rage

And sisters and mothers and brothers and others will smother

The sinister pyre of what we’ve discovered

The hate we now know will be brought down

Into ashes and fly up

And when we’re released from the bars rise up

When we cease to be jarred rise up

Feathered and tarred rise up

Our hearts are unmarred, rise up,

There’s a fire to tend.

We’ve risen from this prison before. Rise again.

when I was young

it was impossible too

time has passed me here, you have lasted here

I didn’t ask you here, but you are vastly here

time goes but I cradle it, you erode but I coddle it, water it

you last for years are you you are years

time has expired but I’m waiting, I have acquired

nothing new naught but you I’ve amassed you here

It can last me here

masses longing to be seen, humbled by tightly constrained means

it’s the radio silenced, what is and what seems, actions rebuffed, made static, unrooted.

blind eyes towards unseen and the cries of the muted

the clarity of the past and the tricks of the present

the rarity of knowledge and the quick fix of the bandaids

the quick mix of the melting pot, quickly stirred as the past fades

a sadder flag unfurled over the shade of the motels outside Disneyworld,

ready to meet those with certain shapes of feats,

suede or leather too but not a tennis shoe

a cripple, a tip or a carefully constructed cinderella slipper

inside the gates of disneyworld, tempered to avoid outrage and factions

princesses based on affirmative action, it’s the result and the cause

and the play and the pause, we’re given a voice and then quietly smothered

as they’re hitting one button while pretending the other

yelling Odyssean debates so the public sees it and relates

lamenting with wails the loss it entails

the farce we see of job scarcity

the lie headed to being so deeply embedded that

we read it and talk it, walk it and tweet it, believing we

don’t have what’s in our pocket

a crock of melting pot stew disintegrating the you

pouring into a bowl of pretenses

to cool for a while

[Learn more about the Disneyland motels here or watch Homeless: The Motel Kids of Orange County.]